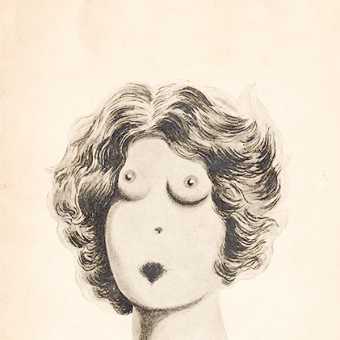 "To be surrealist is to banish the notion of déjà vu and seek out the not yet seen."

Surrealism is an artistic movement which officially came into being with the appearance of the Manifeste du surréalisme ('Surrealist Manifesto') in 1924. The movement owes its name to the French poet Guillaume Apollinaire, who in 1917 used that term to name a form of expression that goes beyond Realism. Originally, Surrealism was essentially literary. This movement was quickly adopted by visual arts, music, cinema and photography. Surrealism developed in Paris, world capital of art at the time, and it attracted artists from Europe and the United States. As early as 1924, Belgium was the first country other than France whose initiatives led to the establishment of a surrealist scene. For the Surrealists, the spontaneous, the unconscious as well as the playing with the rational are at the centre of creation. It is the creative process that takes precedence over the art object as an artistic result.

It was in 1926 that René Magritte painted his first canvases of a Surrealist nature.