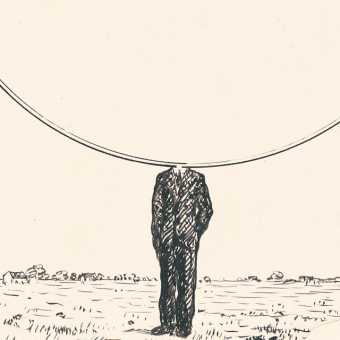 How a collection has become a world-renowned museum!

From 1984, Philippe Roberts-Jones, the chief curator at the Royal Museums of Fine Arts of Belgium, had made the Salle Magritte one of the highlights of the Museum of Modern Art. Since then, the ensemble has continued to develop, even 'invading' the museum’s other floors.

In 2005, the future of the unique collection, which well deserved its own home, underwent a quantum leap. In Paris, thanks to the mediation of Charly Herscovici, president of the Magritte Foundation, initial contact was made with heads of the Franco-Belgian group ENGIE (formerly GDF SUEZ). As a result the idea was born to establish a future Magritte museum on the Place Royale/Koningsplein, in the premises of the Hôtel Altenloh. Restored in 1984, this listed landmark building has known successive uses: whether as temporary exhibition spaces or as galleries devoted to 19th-century art.

On 27 May 2008, the mounting of the Magrittean tarpaulin designed by ENGIE on the building’s façade marked the start of the renovation. Like a partially open curtain, the covering was imprinted with The Dominion of Light and thanks to linked solar panels, it was illuminated at night to grace Place Royale/Koningsplein. This very apt emblem of the future Magritte museum became an image that has had worldwide impact.

Thanks to the skills, patronage and the support of the Magritte Foundation, the Musée Magritte Museum opened its doors on 2 June 2009.